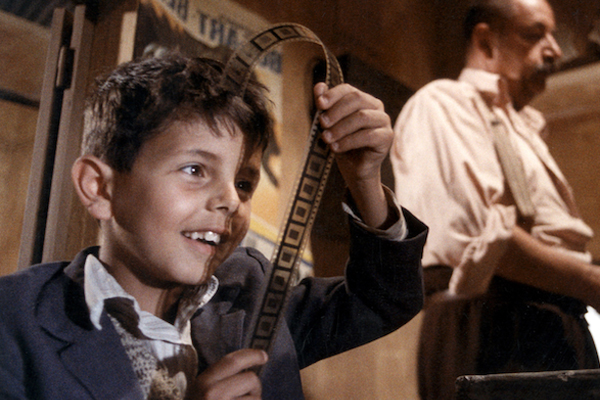 If you're a film lover, you can't help but be enthralled by "Cinema Paradiso," the film that was honored with an Academy Award for Best Foreign Language Film in 1988.

Written and directed by Giuseppe Tornatore and featuring a lovely score by Ennio Morricone, who provided the music for all those great Sergio Leone-Clint Eastwood spaghetti westerns, the film tells the story of a boy named Salvatore growing in a tiny village in postwar Italy, the son of a war widow.

There's not much to do in Giancaldo, Sicily, but there is a movie house, so Salvatore begins spending lots of time there, developing a love for movies and befriending Alfredo the projectionist, who becomes his father figure. Alfredo eventually teaches Salvatore how to run the projector, a skill that will one day come in handy.

Over the course of the film, we follow Salvatore's journey from childhood to manhood and witness as he falls in love, acquires a small movie camera, joins the military, and experiences a series of life-changing events.

As Pixar's John Lasseter often says, it's all about the story, and "Cinema Paradiso" offers one that keeps the audience engaged. It's a charming film that presents the hero's journey in a quiet yet powerful manner.