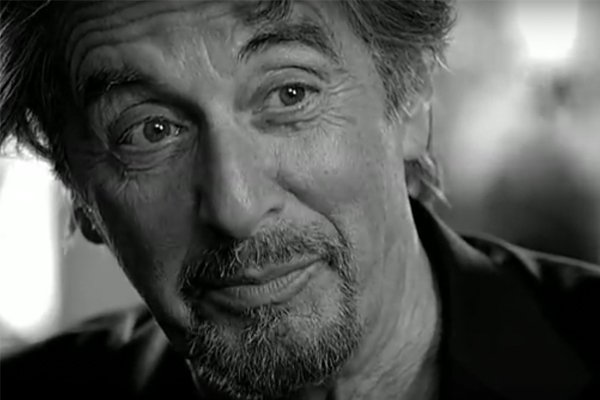 The pride of New York, Alfredo Pacino, isn't only one of the greatest actors of his generation on film. He makes great coffee commercials.

A few years ago he acted in a series of commercials for Vittorio coffee, and each is an artfully shot (in glorious black and white!) short film in which Pacino describes his love for coffee.

You can see them by clicking the photo above, or here: https://www.youtube.com/watch?v=_ZILy1qRZTU

If, like me, you love the black-and-white montage of New York street cityscapes set to Gershwin's "Rhapsody in Blue" that opens Woody Allen's "Manhattan." you will dig these 30-second commercials. Everything--the shot framing, the contrast, the voiceover--is created in a way that would easily get these commercials on the schedule at the Tribeca Film Festival.