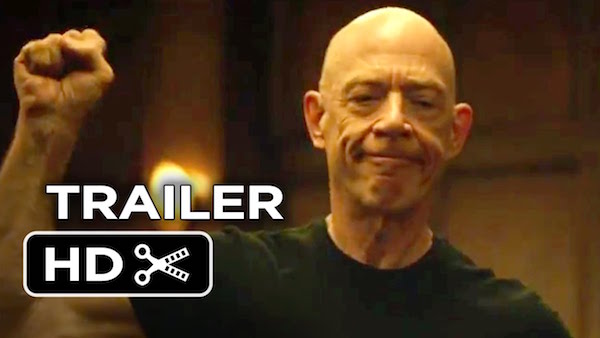 Damien Chazelle has been the toast of Hollywood over the past few months. The 32-year-old Rhode Island native wrote and directed a little film called "La La Land," which has received a slew of awards and has reportedly grossed nearly $370 million to date. Ryan Gosling and Emma Stone, who previously teamed up in 2011's "Crazy Stupid Love," deliver a musical love letter to Hollywood in this film that everyone has either seen or can't wait to see.

Chapelle's previous film, 2014's "Whiplash," his second as a writer-director, was built around music as well, but the tone was markedly different. In that one, the supremely talented J. K. Simmons and Miles Teller star, respectively, as a jazz band teacher (Terence Fletcher) and drum student (Andrew Neiman) at Shaffer Academy, a Juilliard-like arts school in New York City. Fletcher is brash, demanding, profane, and abusive. Neiman is talented, earnest and determined not to let Fletcher destroy his ambition to be a jazz drummer.

Throughout the movie, teacher and student interact on a number of levels. We think we discover what made Fletcher so angry. Meanwhile, Neiman falls in love with a pretty girl but eventually believes that he needs to choose between love and music, dedicated to his art to the point that the two can't possibly co-exist, at least for him.

At the center of the story, though, is the game played by Fletcher and Neiman as the teacher continues to abuse the student and the student continues to exceed the expectations that have been placed on him. The last fifteen or so minutes of the movie provide a satisfying resolution to the story.

Chazelle's screenplay and direction would have you believe that he's been doing this for 20+ years. The story is well-paced and the conflicts and resolution are expertly handled.

I can't speak highly enough of Simmons' performance. An actor with an offscreen reputation for being one of the genuinely nice guys in the industry reverts in a way to the type of character he played back in the 1990s on HBO's prison drama "Oz." Bald with bulging biceps and dressed all in black, he embodies the villain archetype to its fullest potential. Teller a relative newcomer, brings innocence, intelligence and tenacity to his character. You root for him, want him to do well.

Paul Reiser's relatively minor role as Teller's working-class father, is a middle-aged everyman. And the musical score is powerful and perfectly complements the film.

After you've watched "La La Land," give "Whiplash" a view.

Watch the trailer.
Posted by John Fries at 3:43 PM